Aviation High School is a uniquely specialized, co-educational high school that prepares students for careers in aviation maintenance and the aerospace industry. Aviation High School's Federal Aviation Administration (FAA) certified program developed and expanded with the evolution of the aviation industry. Students complete both rigorous vocational and academic programs that provide excellent preparation for aviation-related careers as well as college.

The program was established in October of 1925 as part of the Central Building Trades School located at 215 East 21st Street in Manhattan. At this early date, the school had only three teachers who each taught four hours of building trades, which included woodworking, plumbing, electrical and the like. As the trade school entered the 1930s, these initial vocational courses were soon expanded to include early lessons on the aviation industry.

As the thirties progressed, interest in aviation increased and the program was expanded into a two year industrial high school for aviation mechanics, electrical wiring, and carpentry subjects. Most of the boys (the school was open only to male students; female students were first admitted in 1975), ranging in ages from 15 to 19, were mechanically minded: they built models, read aviation manuals, and followed the exploits of airmen.

As the demand grew for aviation related courses the aviation program at the Central Building Trades School expanded. Courses were given in practical aeronautical work: wood, metal, fabric, and engine mechanics. Instructors now came to the classroom as licensed airplane and engine mechanics. Equipment for these innovative courses was acquired from a variety of sources such as the Aeronautical Commission, and the Army and the Navy who provided valuable equipment to the school. These organizations supplied the school with airplanes, accessories, engines, and instruments making it possible for the school to give practical work in all branches of the aviation industry.

The School of Aviation Trades 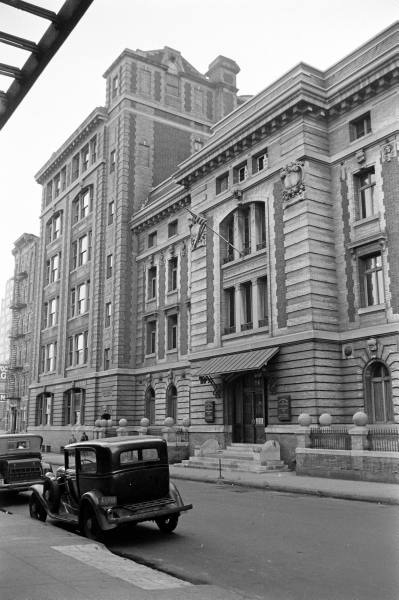 As the need for aviation mechanics grew, the Central Building Trades School created a four-year aviation curriculum. The curriculum now included airplane mechanics, airplane engine mechanics, aerodynamics, navigation, radio theory and related academic subjects. In 1930, the school moved to the location of former elementary school PS 74 (built in 1862) located at 220 East 63rd Street in Manhattan. The Principal, Mr. Elliot V. Noska, led the reorganization of the Building Trades program to focus on the rapidly expanding aviation industry. By 1935 the Central Building Trades School could no longer house this popular program and the Baron de Hirsch Building was acquired as an additional annex for the school. The buildings were renovated, rooms were enlarged, halls were remodeled and fireproof doors were installed. New furniture was delivered and the entire school was beautified as New Deal WPA artists painted murals depicting the various phases of the aeronautical industry.

The opening of the September 1936 term marked a new high in registration figures for the school. Expansion of activities required the hiring of more teachers, increasing the faculty to 70. The aviation maintenance program was expanded, new equipment was purchased and an appropriation of $6,000 was received for the purchase of technical and popular books for circulation in a school library.

By December 1936, the school name was officially changed to the Manhattan High School of Aviation Trades (referred to as SAT). By this point the school had gained the respect of the aviation industry; a respect made obvious when the Department of Commerce issued an Approved Repair Station Certificate to SAT.

After World War II, the aviation program continued to grow and in 1945 the School of Aviation Trades included a College Preparatory Program to prepare students for engineering colleges. More importantly, in 1949, the school secured a Civil Aeronautics Association (now known as the Federal Aviation Administration [FAA]) certification rating and students had their first opportunity to earn a mechanic's Airframe license. The school became the largest all-aviation high school in the country. As time progressed, the school was granted FAA approval for students to earn a Powerplant license in 1962.

With the growth of student enrollment, there developed a deeper interest in extra-curricular activities. The school paper, The Log, proved a tremendous success. Clubs were organized, such as the Bugle, Drum and Fife Corps, the Machine Shop Club, the Fencing Club, the Archery Club, the Model Airplane Club, and the Navigation Club. Teams were organized as well: the swimming team soon was a winning organization; the basketball team found great success on the court, while the track team materialized into a record winning team. 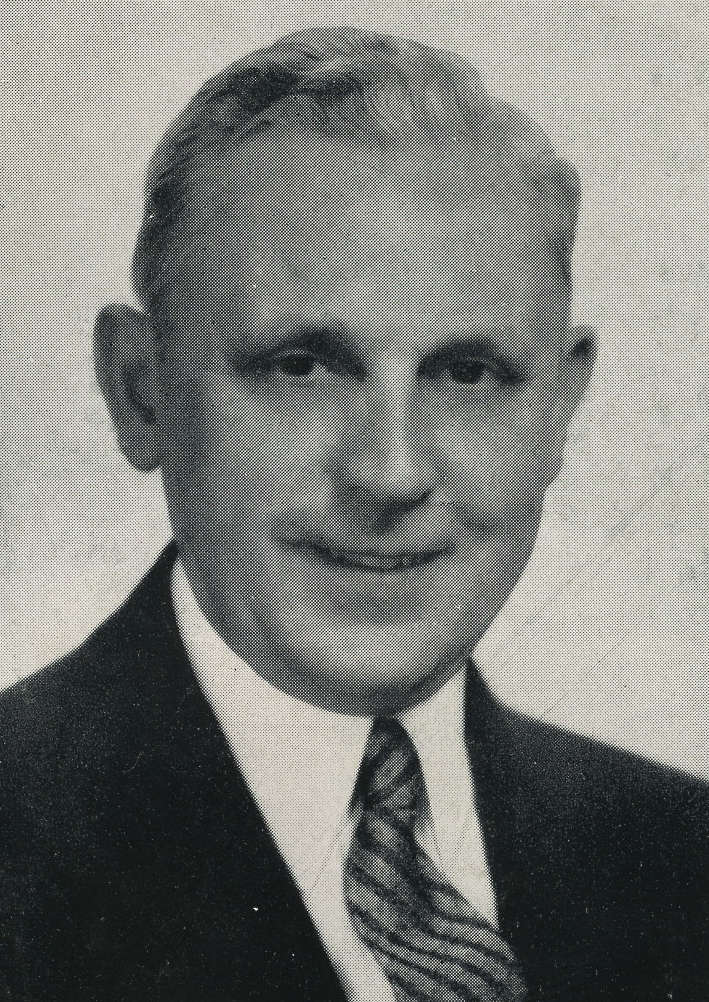 By the end of the 1950s the midtown Manhattan location was no longer adequate for housing this innovative program and on October 1, 1958, the school moved to its present location in Long Island City, Queens, taking up an entire city block. The name of the school was changed to Aviation High School (later the New York City Board of Education officially changed the school's name to Aviation Career and Technical Education High School). This new location was chosen and designed by the SAT administration and staff.

The new Aviation High School was created at a cost of nine million dollars. The school was designed with a 10,000 square foot hangar and a 15,000 square foot apron to house many aircraft for Airframe students to work on, a test cell for Powerplant students, and seven floors of carefully designed and equipped aviation maintenance shop classrooms, academic classrooms, a large student cafeteria, auditorium, gymnasium, and school yard to accommodate approximately 2,000 students. 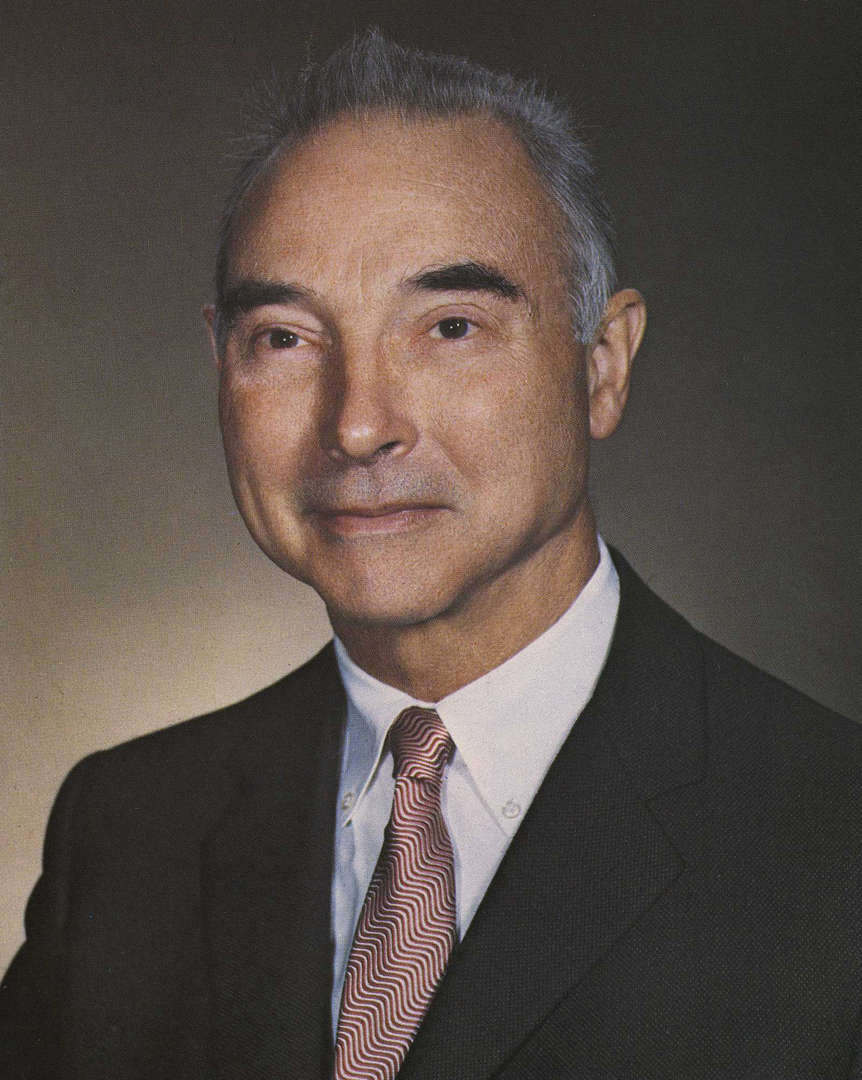 The "Extended 12th Year Program" was developed in 1964 to enable students to meet the FAA requirements for both an Airframe and Powerplant license before graduation. Though in 1983 the "Extended 12th Year Program" was discontinued, in 1993 the school reintroduced the dual certification option as the "5th Year Honors Program", which enabled the students to receive both FAA certificates and meet the State Regents requirements for graduation. 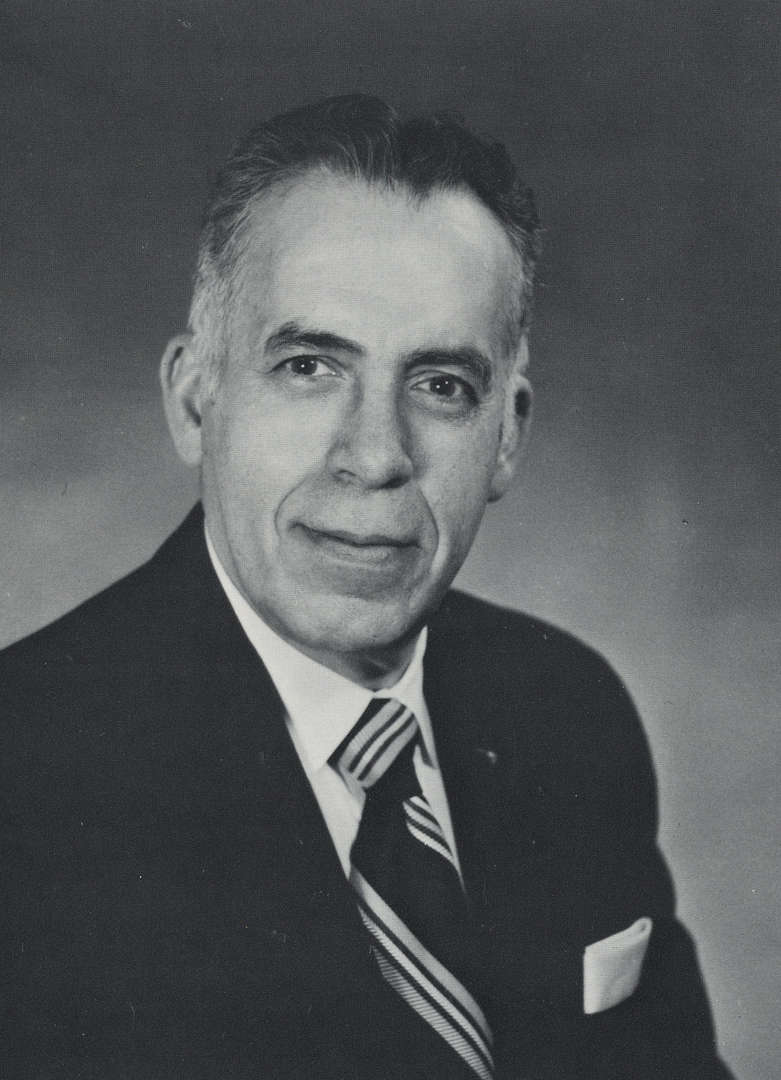 Academic courses have always played a significant role in the success of Aviation High School. In 1967, the Advanced Physics Lab (APL) course, a pre-engineering program for college bound seniors, was introduced. This program offered a panoply of excellent courses including Advanced Physics Lab, Mechanical Drafting, Electronics and 12th Year Math. A full Avionics course was later added. (The APL program was discontinued in the 1990s.) By 1983, Advanced Placement courses in English, Math, and Social Studies were introduced and three computer classrooms were operating by 1985. Throughout the 1990s and 2000s the school introduced additional Advanced Placement courses, Financial Literacy certification for seniors, Drama classes, an exemplary Air Force JROTC program, an award-winning FIRST Robotics team, a Cricket team, and many College Now courses that are affiliated with the CUNY system. Moreover, each department has two or more laptop carts, each classroom has a Smart Board for interactive lessons and the school now has an online presence that provides a virtual school environment to service the needs of all of its students. 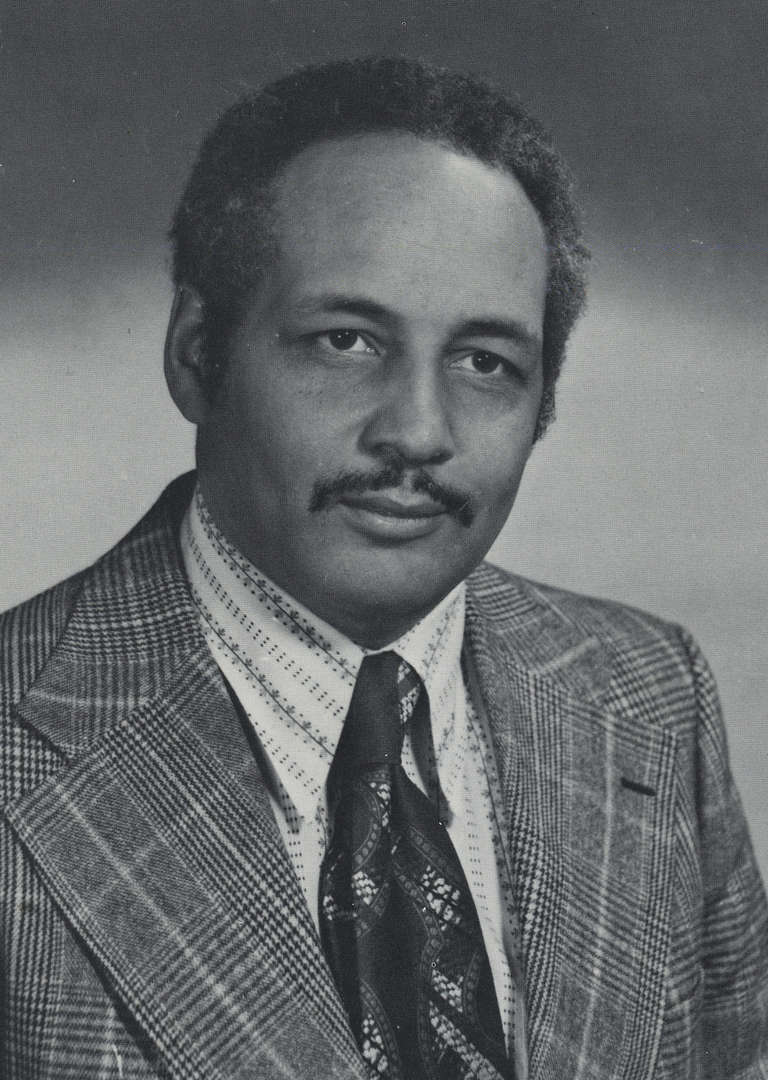 Graduates of Aviation High School are in high demand in all areas of the aviation industry, military and collegiate world. Many Aviation High School graduates elect to enter the workforce upon graduation, and work on their college degree with support from many of our partners. Aviation High School students go on to a diverse array of colleges and universities. In recent years graduates have gone on to such schools as Brown University, Columbia University, Embry-Riddle Aeronautical University, Massachusetts Institute of Technology (MIT), Polytechnic Institute of New York, Rensselaer Polytechnic Institute (RPI), Vaughn College of Aeronautics and Technology as well as the many CUNY and SUNY two and four year colleges and universities. Additionally, many graduates have enrolled in the Air Force Academy, the Naval Academy and West Point, and have proudly served directly in the United States military. 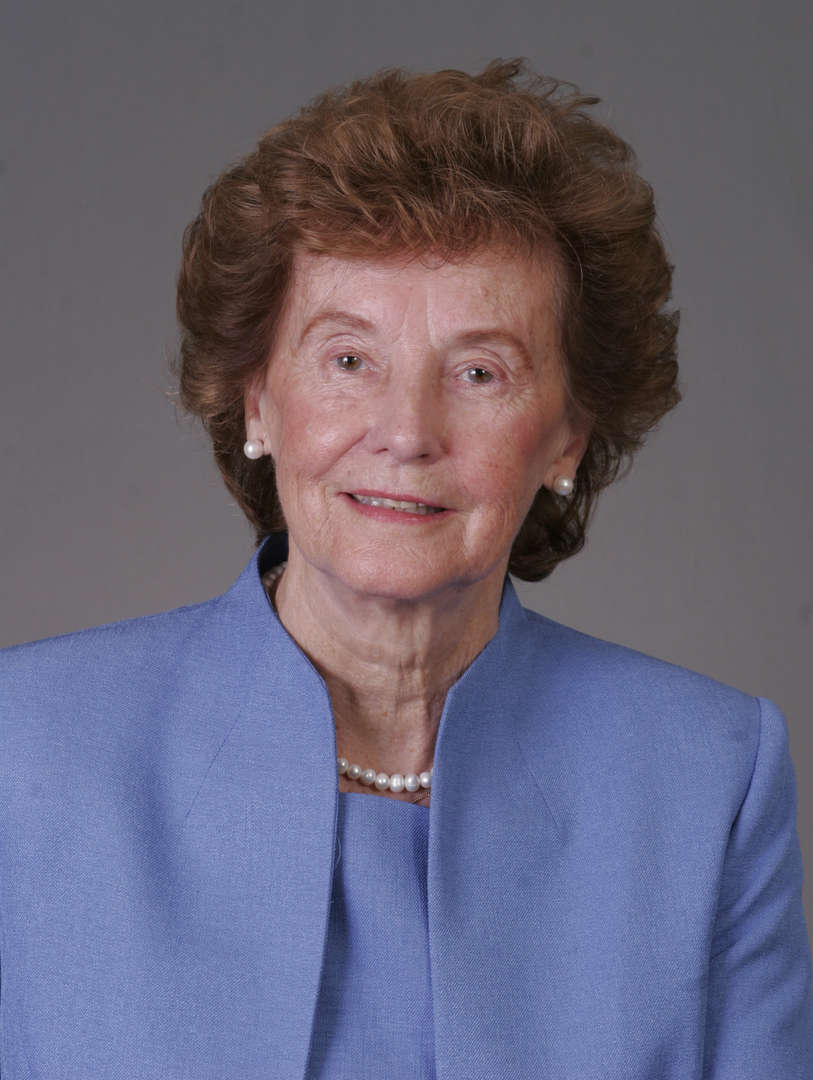 Proving to be the leader in aviation education, Aviation High School introduced the nation's first hands-on commercial aircraft technician's internship program in 1995 at Tower Air, located on the grounds of John F. Kennedy International Airport (JFK). By 1996, Aviation High School was named the number one aviation school in the nation and in 1999 the school opened the JFK Annex offering internships and a classroom for Fifth Year Honors students to complete their second license. By 2001, Aviation High School was selected as a "School of Exemplary Practices" by the New York State Board of Regents. Over the years, the school has developed partnerships with several airlines, and in 2004 was the recipient of a Boeing 727 aircraft donated by Federal Express. The aircraft is located at the JFK Annex. 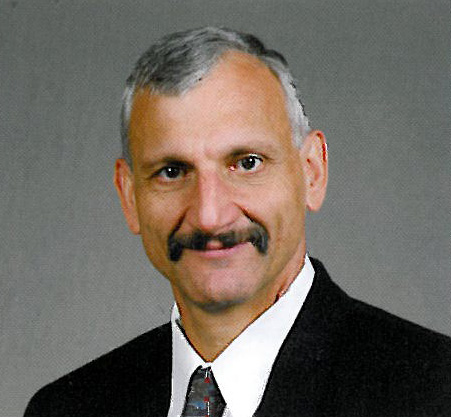 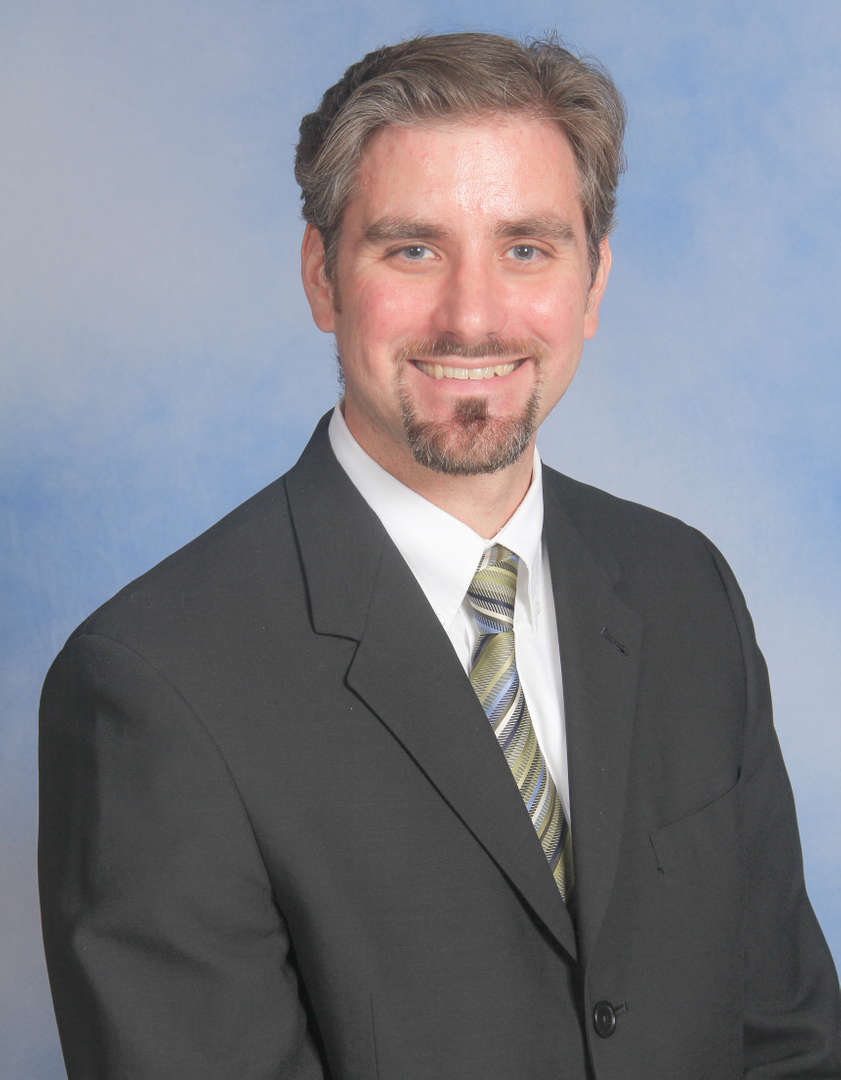 Get real time school updates on your mobile device with eChalk Notify.

Connect with code S5HLZV to get instant alerts or log in with your eChalk user account for the latest updates from all your classes and groups.